Sequoia focuses on security and robustness in our choice of tools, our development methodology, and feature set.

A library is only as good as its integration in downstream projects. As such, we made ease of use one of our main goals.

Improving the security of OpenPGP users requires more than a new implementation. Therefore, we are taking a holistic approach and are improving the ecosystem.

We are thrilled to release the first version of the Octopus, an alternate OpenPGP backend for Thunderbird built on top of Sequoia.

The Octopus is a drop-in replacement for RNP, the OpenPGP library shipped with Thunderbird 78. In addition to providing all of the RNP functionality that Thunderbird uses, the Octopus also includes a number of enhancements. These fall into several categories. The Octopus restores some functionality that was present in Enigmail, but removed or has not yet been reimplemented in Thunderbird’s OpenPGP integration. In particular, the Octopus uses GnuPG’s keystore, interacts with gpg-agent, integrates GnuPG’s web of trust information, and updates certificates in the background. The Octopus includes a number of security fixes and improvements. For instance, it fixes Thunderbird’s insecure message composition, and automatically encrypts in-memory secret key material at rest. The Octopus adds a few performance improvements, such as, parsing the keyring in the background and using multiple threads. And, the Octopus has better support for parsing less usual, but not necessarily esoteric, certificates and keys.

Talk about OpenPGP interop testing at the IETF 110

Neal introduces the Sequoia project, its technical and social goals, and its current state. 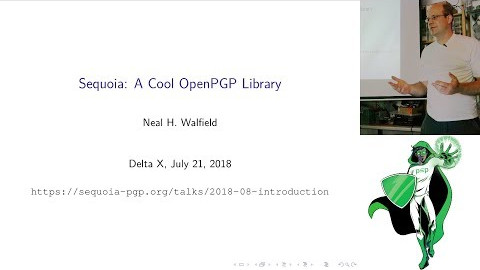 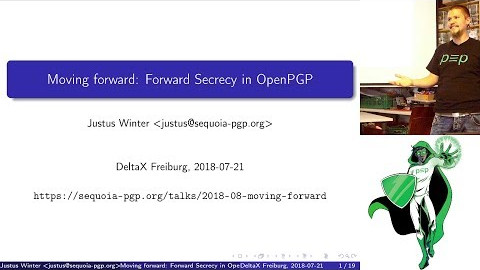 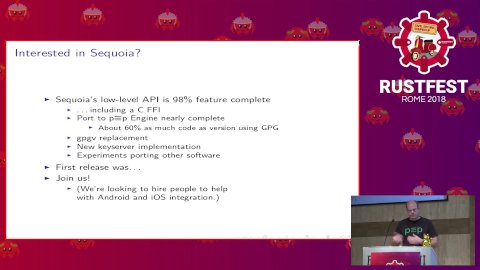 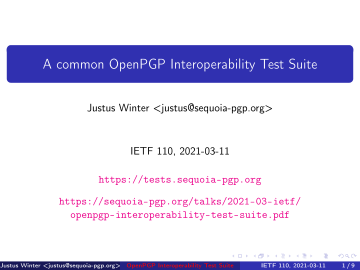 Do you want to see more?

There are a number of projects under the Sequoia umbrella.

This work is licensed under a Creative Commons Attribution 4.0 International License.

Template by Bootstrapious. Ported to Hugo by DevCows.
Images by Ingo Kleiber, and Robert Anders.